Background: Inappropriate dispatch of urgent ambulances by call-centre personnel causes an unnecessary drain on existing resources. How often these urgent dispatches are appropriate has not been evaluated in the lower-middle-income setting, nor have factors been assessed that contribute to these decisions. This study aimed to establish the rates of pre-hospital over-triage in Cape Town, South Africa, and to assess the call-centre decision-making processes.

Methods: This was a descriptive, retrospective study examining all urgent ambulance dispatches made from a large public sector ambulance call centre in Cape Town over a single month. This urgent dispatch was then compared to the on-scene South African Triage Scale (SATS) score assigned by the pre-hospital personnel to assess which cases were ‘over-triaged’ by the call taker. Factors potentially contributing to the call taker’s decision were also analysed and included the time of day, nature of presenting complaint, and the call taker’s training and experience – all of which may have affected the rates of over-triage.

Conclusion: The rates of pre-hospital over-triage in Cape Town are marginally lower than those described internationally. The nature of the complaint had a strong impact on these rates, notably in terms of trauma and gynaecological disorders. The call taker’s training and years of experience did not have a statistically significant impact on decision-making. 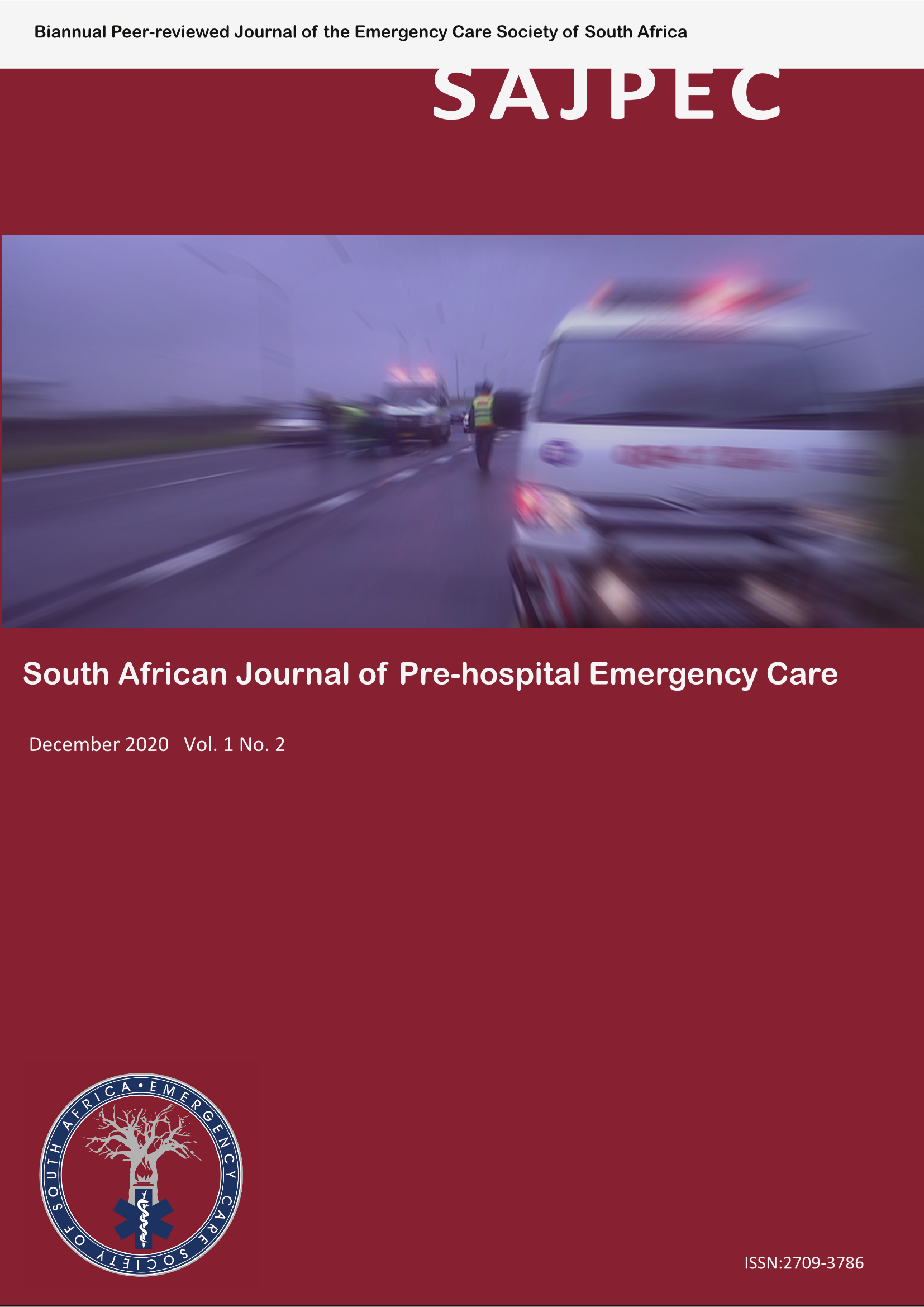 Authors grant the Emergency Care Society of South Africa the exclusive right to publish, display, reproduce and/or distribute the work in print and electronic format and in any medium known or hereafter developed, including for commercial use. Authors also agree that the Emergency Care Society of South Africa may retain in print or electronic format more than one copy of the work for the purpose of preservation, security and back-up.